Enel is Digitally Transforming with C3.ai and Edge Computing

The shift to edge computing is happening fast — here’s why

The rise of smart sensors and the enterprise push to transform digitally are driving enormous growth in edge computing‚ writes Tech Target Editor at Large Linda Tucci. That growth is evident in the five-year partnership between C3.ai and Rome-based utility Enel.

Recent breakthroughs in AI have helped fuel the enterprise shift to edge computing. These developments come on top of the utility industry’s noted leadership in the edge computing market. One of those leaders is Enel. With over 73 million customers in 35 countries and a network spanning around 2.2 million kilometers‚ Enel is one of the largest utilities in the world. Enel began its digital efforts in 2001‚ updating traditional electricity meters with digital smart meters. By 2006‚ Enel had 32 million smart sensors across Italy. Today‚ that number is 47 million.

Enel recently announced that it is using the C3 AI Suite™ to aggregate energy consumption data from its 47 million sensors with the business data from its enterprise applications and operational systems into a unified virtual data lake. The resulting holistic‚ real-time view of Enel’s data landscape will allow its team of developers and analysts to rapidly develop AI applications at scale‚ a capability that Fabio Veronese‚ head of infrastructure and networks digital hub at Enel‚ said would drive “a new era of operational efficiencies.”

“It’s a very advanced edge-driven use case‚” said Ed Abbo‚ president and CTO at C3.ai. “They’re doing energy balancing and trading off of this information. They’re doing forecasting on how much supply‚ for example‚ a particular wind turbine is going to have over the next 15 minutes‚ and how much power a customer will consume over that time period.”

While today only about 20% of enterprise data is being produced and processed outside of centralized data centers‚ by 2025‚ that is expected to rise to 75% and could reach 90%‚ according to Gartner.

C3.ai is designing products that aim to democratize AI at the edge by reducing the number of people needed to design and deploy algorithms. With the C3 AI Suite‚ Abbo says‚ companies only need “a data scientist‚ an app developer‚ a data integration specialist‚ and somebody who is a subject-matter domain expert” to build a production pilot. 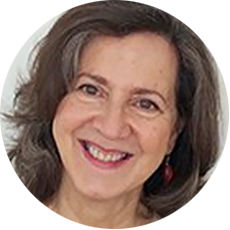