C3.ai and Microsoft had a significant presence at the Data Driven Drilling and Production Conference (DDDP) in Houston this week‚ presenting to more than 70 of the world’s leading data experts in the oil & gas industry about AI and the future of Digital Oil Fields.

C3.ai’s keynote‚ delivered by Randy Krotowski‚ discussed the dramatic innovation in drilling equipment and software that has occurred in the last two decades and described how companies are using AI‚ IoT‚ and predictive analytics to make drilling operations more intelligent. He also discussed how AI-driven digital transformation is rising to the top of CEO agendas across the oil & gas industry‚ yet many executives struggle to leverage these powerful technologies and achieve tangible business outcomes.

Questions from audience members underscored the current challenges organizations face when attempting a do-it-yourself approach to building and deploying AI and IoT applications. It is virtually impossible‚ Krotowski said‚ for companies to custom-build a platform solution by attempting to stitch together a multiplicity of independent open source software components and microservices from cloud providers into a cohesive‚ functional‚ and scalable platform. The inherent complexity‚ varying maturity of components‚ and lack of complete software interfaces make this an intractable engineering problem.

One participant noted that data scientists spend more than 80% of their time wrangling data from data silos instead of doing real data science work. The C3 Platform‚ Krotowski commented‚ has trivialized the complexity associated with aggregating and normalizing myriad data sources in a single‚ unified platform‚ enabling data scientists and application developers to operate on a common framework and deliver AI and IoT applications in one-tenth the time at one-tenth the cost of alternative approaches. 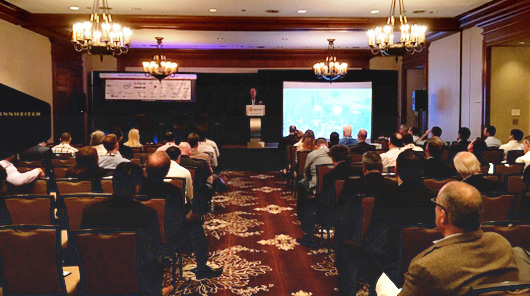